This past Wednesday I posted about doing a word of the year rather than New Years resolutions. My words for 2023 are Beginnings and Sunrise. This was my word for 2018: 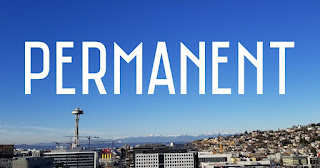 I posted that picture 5 years ago when my job, originally slated to last 3-4 weeks, changed from contract to permanent. The contract position began in April of 2017, and my first day of being an official employee of Wireless Advocates was January 8, 2018. It was an incredible experience, and there were tears of joy. One thing that meant a lot to me was when my manager informed me that it was a "no brainer" to convert me from contract to permanent. As a contractor, I set records in order processing, both personal and in our department. I continued that in my new permanent role.

The past five years have been amazing and challenging. I could not have asked for a more incredible, cohesive team, and my manager has led it masterfully. We are like family. I have grown professionally and as a person, and have shrunk in weight. (😀) I sometimes felt my manager believed in me more than I believed in myself, and she has never failed to be a massive encouragement any time I was second guessing myself (and other times). This job has taught me so much. We have been through a lot as a team. I found out I have ADHD, which was a big help in understanding and working with challenges that I've faced over the years. A coworker lost his mother to cancer. My manager has lost several relatives, and gained a grandson and a little sister. I have learned that our nation hasn't come anywhere near as far as I previously thought in ending racism, considering the horrifying discrimination and loss my manager and other coworkers have faced. I lost my dad shortly after my manager lost hers. My car was totaled in an accident. I love that I've been here long enough to be amazed how fast my manager's children are growing, and to cheer them on as well. I got to hang out with coworkers after work. The job has been challenging and incredibly rewarding. The tough times and the good times have brought us closer. One time, the TARDIS even landed on the roof of our building! (Well, technically, it was an Instagram filter, but close enough.) 😀 Working with managers and salespeople around the country, I have learned from more than just our immediate team. We supported them, and it was awesome talking to some of them when they visited our national headquarters. Over the past month, one former District Manager in particular has been an incredible encouragement and cheerleader to everyone in the company on LinkedIn, posting inspirational messages daily.

When COVID hit, we transitioned to working from home, and the transition was surprisingly smooth. Our management and team have met virtually on a regular basis, and we have remained as cohesive as ever. We have even to been able to meet in person on occasion. As difficult as COVID has been, I have been thankful to be working from home now, as my parents have been needing more assistance, and I've been more available for them, while still being able to do my job and even work overtime.

The news last month that our company is no more was difficult for everyone. It was tough enough for us at national headquarters, and we got 2 months notice. I feel for my colleagues around the country who had no warning, and kiosks closed suddenly. That has happened to me once before, and it was not fun. However, on the flip side, it has been exciting watching on LinkedIn and other social media as managers and associates around the country have rallied around each other, encouraging each other, supporting each other. I'm so glad to see when colleagues have posted that they are starting new jobs.

With just under a month to go for those of us at national headquarters, our job searches are continuing apace. I'm excited to see where everyone will end up.

I have been with Wireless Advocates officially for five years now (about 5¾ if you count my time as a contractor). I'm thankful that I was able to make it to 5 years, and I wouldn't trade this time for anything. I'm looking forward to the next phase.
Following are some of the most amazing people I've ever had the honor of working with: 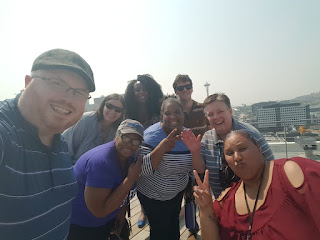 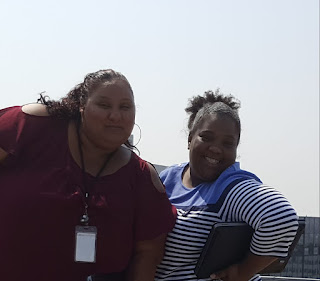 Posted by StevenSauke at 4:44 PM