The Pharisees, or religious leaders, couldn’t stand Jesus. He kept proving them wrong, and they didn’t like it. But the people loved Him. They saw Him heal a paralyzed man, a woman who had had health problems all her life, blind men, and more. He had even raised a girl and a boy from the dead! He turned water into wine. He told interesting stories to teach lessons, so people would remember what they learned. What was not to love about this guy? Well, when He constantly proves you wrong, it gets annoying. It gets even more annoying when He keeps mentioning how you’re just as sinful as the “sinners” you condemn! The Pharisees wanted to find a way to turn the crowds against Him, because they couldn’t just do away with Him without making the crowds mad at them. So they thought of a clever trap. Nobody could get out of this. Bwahahahahahaha!!!

The Pharisees knew that Jesus was a teacher. If they could trap Him into saying something that was everyone knew was bad, maybe they could get people to stop believing Him. So they found a sinful woman and brought her along. They said to Him, “Hey, teacher! This woman has been caught in the act of breaking the promises she made to her husband when they got married. In the Law, Moses said that we’re supposed to stone people who do that. What do you think?”

But Jesus knew why they were asking the question, and He was smarter than them. It’s one of the perks of being God. He decided to let them wait a bit while He bent down and wrote something on the ground. Then He stood up and turned the question around to them. “OK,” He said, “I want a volunteer. Whichever one of you has never sinned in your life, come forward, and you get to throw the first stone! Give it your best shot!” Then He bent down and wrote some more stuff on the ground.

Now the Pharisees were trapped. Everyone has sinned at some point in their life, and if anyone came forward to throw a stone, they would obviously be lying about having never sinned, and the people would turn against the Pharisees instead! One by one, the embarrassed Pharisees started to leave. The older ones left first. Pretty soon, the younger ones were gone too.

Once everyone was gone, Jesus stood up and said to the woman, “So, ma’am, where’d they go? Nobody has condemned you?”

Jesus, the only person in the crowd who had never sinned, said to her, “Then I don’t condemn you either. Go, and don’t sin any more.”
Posted by StevenSauke at 1:44 PM 1 comment:

We started out with a modern example of an amazing quadriplegic who is truly one of my heroes. As I was preparing the lesson, I watched this video, and it occurred to me that the man in the Bible story from Mark 2 may have had similar thoughts and struggles to what Joni went through. (She also explains what a quadriplegic is in this video, for those who don't know.) In addition to showing the video, I showed some of my paintings (which I did with my hands), and compared them to Joni's paintings (which she did with her teeth!) I think hers are much better than mine, even if you don't take into account the hands/teeth thing.


You may remember how we learned a couple months ago about how Jesus healed the servant of a Roman general, called a centurion, in the city of Capernaum. The centurion asked Jesus to help his dying servant, and before the guy even got home, he found out his servant was well!

Another time, Jesus came to Capernaum to teach. Word got around that Jesus had come home, and everyone wanted to hear what He was gonna tell them. Houses were small at that time, and they usually only had one room. Pretty soon, the house where He was teaching was standing room only, and then there wasn’t even room for that! People kept gathering outside the house straining to hear what Jesus was saying.

Nearby, there lived a quadriplegic. They didn’t have wheelchairs at the time, and the only way disabled people could get around was if their friends helped them. Most people didn’t have beds, so they slept on mats instead. Mats could easily be rolled up and put away so people had room in their small houses to do other things during the day. This paralyzed man and his friends had heard that Jesus could heal things that the doctors couldn’t. They knew they had to get to Him, but what could they do? The house where Jesus was teaching was bursting with a huge crowd of people! They couldn’t exactly walk up to Him and ask Him to heal their friend. So they came up with a creative plan.

Pretty soon the people down below started hearing footsteps above. Weird. Who was on the roof? Wait a minute! What’s this? Suddenly a shaft of sunlight came through the roof where there shouldn’t be sunlight! Someone was moving away the mud and other stuff that made up the roof, making a hole in the roof right above Jesus! The hole kept growing! Pretty soon, the sunlight was blocked by something being placed in the hole! They watched as slowly, carefully, a paralyzed man was lowered on his mat to the floor at Jesus’ feet. The house was pretty crowded, but somehow they managed to make room for the guy being lowered from above.

Jesus was impressed with their faith. They trusted Him so much that they went to great lengths to get their friend to Him, because they knew He could heal him. So Jesus said to the guy, “Your sins are forgiven.”

There were some religious leaders in the crowd, and they weren’t too happy to hear Jesus say that. They didn’t say anything, but they were thinking about how only God had the right to forgive sins, and if Jesus was saying this, that meant He was claiming to be God. They didn’t think Jesus could be God, because He was just a man!

But they didn’t know that Jesus could read their minds. They were sure surprised when Jesus turned to them and said, “Why are you thinking that? I could say ‘Your sins are forgiven’ or ‘Get up, take your mat and walk.’ Which is easier?”

Imagine how speechless they must have been that Jesus read their minds! Then in case they didn’t get that, He went on, “But you need to know that the Son of Man has the authority to forgive sins.” He turned back to the guy on the mat and said to him, “Dude, get up! Take your mat and go home!”

The paralyzed man stood up! For the first time in a long time (maybe ever), he rolled up his own mat. The amazed crowd cleared a path for him and watched in stunned silence as he carried his mat and walked out of the house! In awe, people in the crowd said, “We’ve never seen anything like this in our lives!” Many people believed in Jesus’ message that day.
Posted by StevenSauke at 4:12 PM 1 comment:


Jesus had an interesting way of teaching. Sometimes He didn’t teach people what they expected Him to teach. He would do it by example. Sometimes He told stories to help people to understand a point. Sometimes He used miracles. One of his stories had some surprising news about who we were supposed to love. The Samaritans, who the Jews hated, were supposed to be loved and treated with respect. To teach that, He told a story about how respected Jews didn’t help a wounded man, but a Samaritan did. When Jesus visited His friends Mary and Martha, Martha was surprised when Jesus told her it was better for Mary to be listening and learning than to help Martha prepare the meal.

Jesus made a point of praying all the time. His disciples saw Him doing this, and one day, one of them had a request. “Jesus, can You teach us how to pray? John the Baptist taught his disciples how to pray, and it would be really cool if you could teach us that too.”

Jesus thought that was a great idea. So He told them to pray something like this:

Our Father in heaven,
hallowed be Your name.
Your Kingdom come,
Your will be done,
on earth as it is in heaven.
Give us this day our daily bread
and forgive us our debts,
as we also have forgiven our debtors.
And lead us not into temptation, but deliver us from evil.
For Yours is the Kingdom and the power and the glory forever.
Amen.


Then Jesus told them a parable. Imagine with me that an old friend suddenly showed up at your door one night and needed to spend the night. They’ve been traveling a long way, and they’re really hungry. They didn’t call ahead and tell you they were coming, but they’re such a good friend that you just can’t turn them down! But…oh no! You don’t have any food to feed them, because you didn’t know they were coming! So what do you do? You go to your friendly neighbor’s house and knock on the door to ask if they could share some food. All the stores are closed in the middle of the night, so you can’t exactly go shopping. But it’s midnight, and your neighbor, who is so nice during the daytime, is in bed. People don’t like it when someone knocks on their door asking for food in the middle of the night! So your neighbor says, “Are you kidding? Go ‘way! The door is locked, we’re all in bed, and it’s too late! Who eats a big meal at midnight anyway?” The neighbor might not give you anything because you’re friends, but because you dared to come knocking and ask, and maybe to make sure you still think well of them, the neighbor will get up and give you something to serve your guest. So ask. It will be given to you. Search and you’ll find. Knock, and they’ll open the door.


Dad in heaven,
You are holy and so much more awesome
than anything or anyone else.
Rule as King over our lives,
Whatever you want to happen, make it happen,
here on earth just like in heaven.
Give us food to eat today,
and forgive us for our sins,
in the same way that we’ve forgiven
people who have been mean to us.
Don’t let us be tempted,
but save us from evil.
You are our King forever.
Nobody is stronger than You.
You are glorious forever and ever.
I agree. 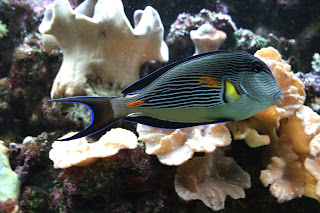 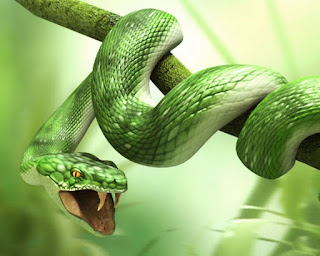 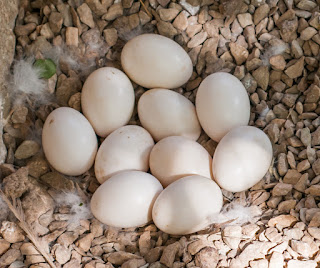 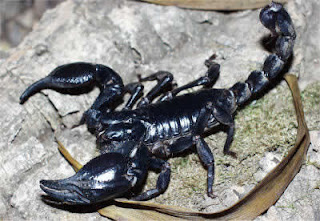